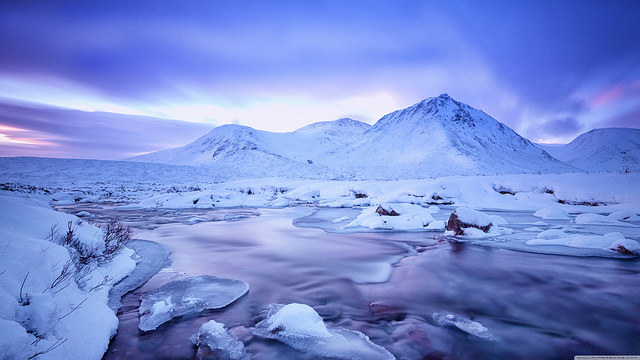 Living in Scotland for three years, I came to understand the Celts’ passion for building stone circles. The dramatic changes in light through the wheeling circle of the year were worthy of marking with awe, respect, relief, and celebration.

Working full-time as a gardener, the seasonal changes deeply affected me. In December the rising sun crested a distant moor around 9:30 a.m., and tumbled into the Moray Firth by 3:30 p.m.

I cleaned my shovel and garden fork in the deepening twilight, and retreated indoors as full darkness descended by 4:00 p.m.

On winter evenings, I sat in my second-floor bedroom, in what was once a fashionable 19th century hotel, sipping herb tea and watching the winter constellations slowly wheeling in the sky. In that winter-black velvet studded with living rhinestone stars, I felt I could step out the window into that thickly congealed darkness and walk from star to star, like jumping river rocks in the peat-darkened Highland streams.

On my first winter solstice in Scotland, I awakened to starlit silence and dressed quickly. I joined Marianna Lines, a passionate researcher and guide to Scottish stone circles and other prehistoric sites. Marianna led our group of ten people in a pre-dawn trip to Clava Cairns, a local burial cairn she had discovered that was perfectly aligned with the rising sun on winter solstice morning.

We gathered at the entrance of the cairn. Marianna explained how the ancient Celts had used this burial cairn as an initiation site. For four days before the winter solstice, the initiate would fast inside the burial cairn. On the morning of the solstice, the rising sun would penetrate the entrance tunnel, and ultimately the inner vault, or “womb,” of the cairn. This light would touch the awaiting initiate and fertilize the seed of their spiritual intention, awakening them to new life. After being pierced with the winter solstice sun, the initiate would crawl from the womb, through the vaginal tunnel, and emerge into his or her new life.

These ancient burial sites are domed, stone-lined wombs, with three-foot high “vaginal” tunnels leading into the inner sanctum. The Celts understood death as a doorway into new life. Just as we move through our mother’s womb into new life, so did the Celts choose womb-like structures to birth themselves into new worlds. 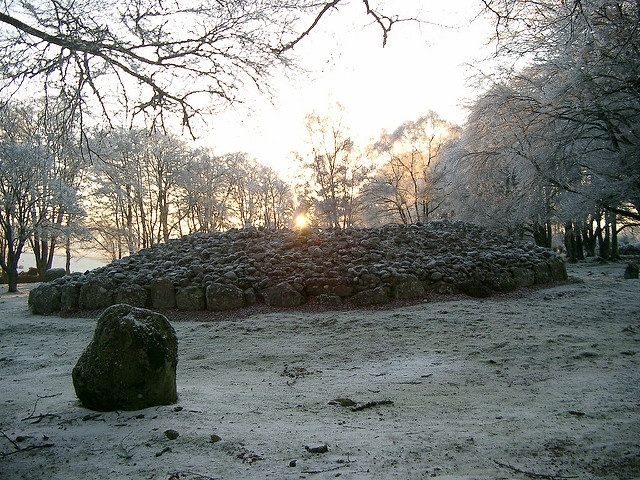 This particular burial cairn was one of very few in Scotland that still had an intact dome (sadly, the rocky dome has since collapsed). We crawled across the frozen mud of the tunnel, into the circular inner vault over 20 feet in diameter. We watched the opening of the tunnel gradually shifting from black to dusky gray.

The light strengthened, but never penetrated the thick cloud cover as an unsheathed ray. Even in my winter coat and boots, I shivered as the cold from the frozen ground seeped through my clothing and penetrated (new word) my skin.

How did the initiates survive four days in this icy dampness?

We sat in silence, each in our own way allowing our previous lives to decay, and welcoming the fertile touch of the sun to seed our new existence.

For the previous year I had been releasing my roles as a student, a professional musician, and a daughter. I was shedding my philosophical and religious training. My dreams encouraged me to discard classical violin training and instead teach myself jazz  – improvising my own life melodies and rhythms rather than playing music discovered by others. I was preparing to compose my own life, my own magnum opus.

Each year I enter into that ritual of death and rebirth. For hours, or sometimes minutes, depending on the demands of the day, I sink into the inky darkness of the burial cairn and allow all that I have previously known to fall away. In that silent moment between in-breath and out-breath, that pivot between life and death, I pause to allow newness to penetrate. I know the moment of dawning light entering my soul has the potency to fertilize new life.

In the darkness, in the silence, I’m listening for the melodious notes that will shape the symphony of
my life. 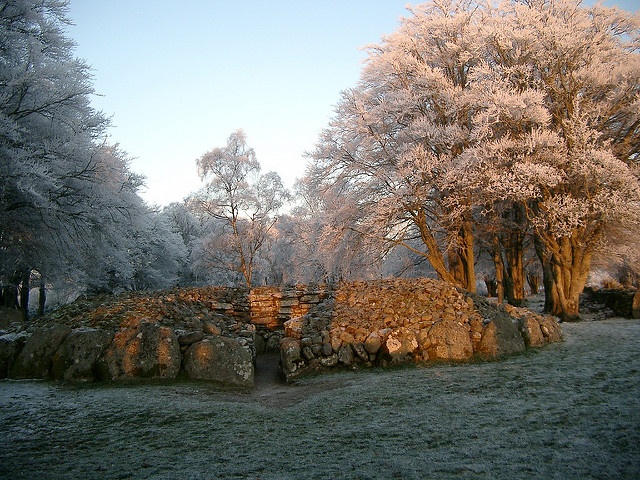