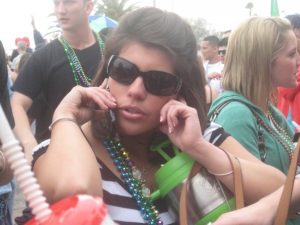 What can you do to decrease your risk while using cell phones? Below are 10 things you can do:

1.     Use the speakerphone option as much as possible and hold the phone away from your body.

2.     Choose earbuds with air tubes and avoid using a Bluetooth. The electromagnetic field radiation is one-fourth the strength at a distance of two inches and fifty times lower at three feet.

3.     Avoid using your cell phone when the signal is weak or when moving at high speeds, e.g. in an elevator, car, train or airplane. At high speeds, power automatically increases to emit a maximum amount of radiation as the phone repeatedly attempts to connect to the nearest network antenna.

4.     Keep cell phones and cordless phones away from your body. Carry the cell phone in a bag or purse and avoid storing the phone in your bra or pants pocket.

5.      Never allow children to play with cell phones. Because children’s skulls are thinner than adults’ and their brains are still developing, radiation from cell phones penetrates more deeply and is more likely to cause damage. You can minimize (but not entirely eliminate) cell phone impact by placing it on “airplane mode.” 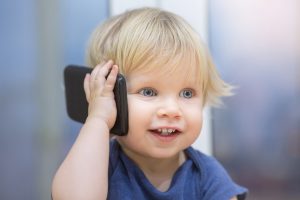 6.     Store cell phones away from your bed. Many children (and adults) sleep with a cell phone under their pillow, which exposes them to RF-EMF’s all night long.

8.     Turn off your cell phone inside metal-contained spaces, e.g. cars, buses, airplanes, and elevators. Metal reflects the EMF waves inside the vehicle, which can increase your radiation exposure. In addition, you also expose people around you who may be at high risk, e.g. children, pregnant women and other adults, to your phone’s electromagnetic radiation field.

9.     Text instead of calling whenever possible. Hold the phone away from your body when you press “send” and avoid resting the phone against your abdomen while you type the text.

10.  Use a corded landline phone at home and at work as much as possible. Cordless phones use electromagnetic microwave technology just like cell phones. Most cordless phone base stations are constantly emitting microwave radiation whether or not they are connected to the handset in use. In contrast, corded landlines have no radiation emissions and are your best choice for making phone calls.

The BioDot provides additional protection from the effects of electromagnetic frequencies. Click here for more information about the BioDot.