Wheat Belly – OR Something Else? 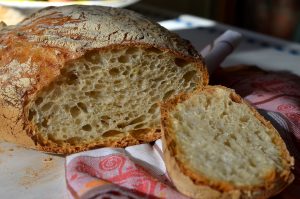 Sue was absolutely certain gluten was her primary food issue.

“I know I feel awful when I eat a lot of wheat, like pizza and spaghetti. Why don’t I just try eliminating gluten for a couple of months?”

I have worked with many patients who were certain gluten (or dairy or some other food) was the cause of their symptoms.

“My friend eliminated gluten, and she felt so much better afterward,” explained Sue. “I’m pretty certain gluten is my problem.”

With the recent gluten-free craze, though, I’m a bit wary about encouraging someone to cut out gluten unless we know for certain that truly is his or her allergy or intolerance. I understand the theory posited in Wheat Belly, that everyone reacts to wheat because of genetic changes brought about by hybridization.

I also know each person has his or her own unique biochemistry, and I do my best to avoid one-size-fits-all answers. Some people most definitely react to wheat. Others may be reacting to the refining process that turns whole wheat into a simple carbohydrate that delivers empty calories and spikes (and later crashes) blood sugar levels. Still others may be reacting to a completely different food.

“Why don’t we do some testing before you go to all the effort of eliminating wheat,” I suggested. “You may well be reacting to wheat, and something else may be the cause.”

After eliminating potato, Sue commented on how smooth her skin was. Her long standing adult acne outbreaks stopped. Her digestion was better and overall energy improved.

One evening after a party, Sue was cleaning the kitchen and forgot that potato chips were potato (so easy to do!). She ate a small handful.

Sue reported feeling awful the next day – sore muscles, tired, on the edge of catching a cold. That evening she ate another handful of chips – eureka! She realized they were potato chips and stopped eating them. “No wonder I felt so bad earlier in the day.”

Sometimes you don’t have a full understanding of how a food impacts you until you have had a break from the food and then reintroduce it. The break allows the body to rejuvenate because it is no longer continuously reacting to the food intolerance. When the food is reintroduced, the body actually  has the energy to react.

Testing allowed us to pinpoint how Sue could best invest her energy in making dietary changes, and she was rewarded for that investment with her improved health.