Healing Essences from the Heart of Nature
Learn More
To Learn More About Alaskan Essences, Click Here
BUY NOW and Get Unlimited Access to ALL of Our Great interviews 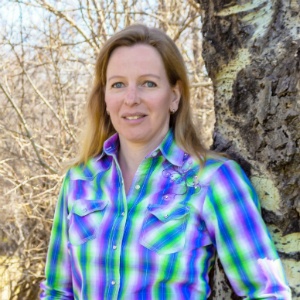 Judith graduated with a Master of Science degree in Animal Science at the Agricultural University in The Netherlands. She started her career as a scientific researcher and was mainly studying ways to improve the welfare of dairy cows.

Her life changed in 2007 when she discovered to her amazement that she could telepathically communicate with animals. A logical step followed when she did a one-year class on flower essences and started doing consultations for animals and (their) people.

In 2013, during a flower essence workshop in Alaska, Judith met Steve Johnson, the founder of Alaskan Essences. Steve and Judith got in a relationship and Judith moved from the Netherlands to the United States in 2015. After Steve passed away in March 2017, Judith decided to continue the Alaskan Essences and she is now the Director.